I started playing rugby when I was 15. I started at my local club, Ballynahinch RFC. One of my friends, Hannah Beattie (who also plays for Ulster) brought me along and told me I’d really enjoy it. I loved it and haven’t looked back! I got onto the Ulster U18 pathway with both the 7s and 15s. I was there for a couple of years playing in the 7s provincial tournaments. There was a selection for camp with the Irish U18, which I was picked for, and I was on that panel for two years. When I turned 18, I had an AIL season with Cooke and played with the Ulster senior women which was great. After that, I got a contract with the Irish Sevens and came down to Dublin nearly three years ago, and that’s where I am now!

It was my team-mates at the start. Hannah (Beattie) was the one who told me to go along. She would have been my first influence for bringing me to training at Ballynahinch. My granda is a really big fan of rugby, so I would have watched it when I was younger. I didn’t get into playing when I was younger because I was playing other sports, but he was definitely an influence. He and my mum went to all of my rugby games before I moved to Dublin. My mum was on the team bus and everything – she was a member of the team, really! My first coaches at Ballynahinch, Allen (Lyons) and Clem (Bassett), as well as Neal Johnston from Ulster Rugby were big influences. Neal identified me for the Ulster U18 team. More recently, my main influences would be my team-mates.

I’m quite lucky in my rugby career that I haven’t faced very many barriers as such. I’ve had no big injuries and no other major issues. With Sevens, you’d have a tournament every 4-6 weeks, and I’ve had injuries which have kept me out of two tournaments – around 8-10 weeks, but that’s probably been my only barrier so far, thankfully!

I went up home for the first lockdown, so I was at home from the end of February until August. It was very strange because it was the longest time I had been home for years. I loved it! We were lucky with the Irish Sevens that we were given gym equipment and runs to do which kept us in a routine. Since August, I’ve been in Dublin. We’ve been privileged to train at the IRFU High Performance Centre. I’ve been training there for the last few months and not much has changed apart from not travelling! 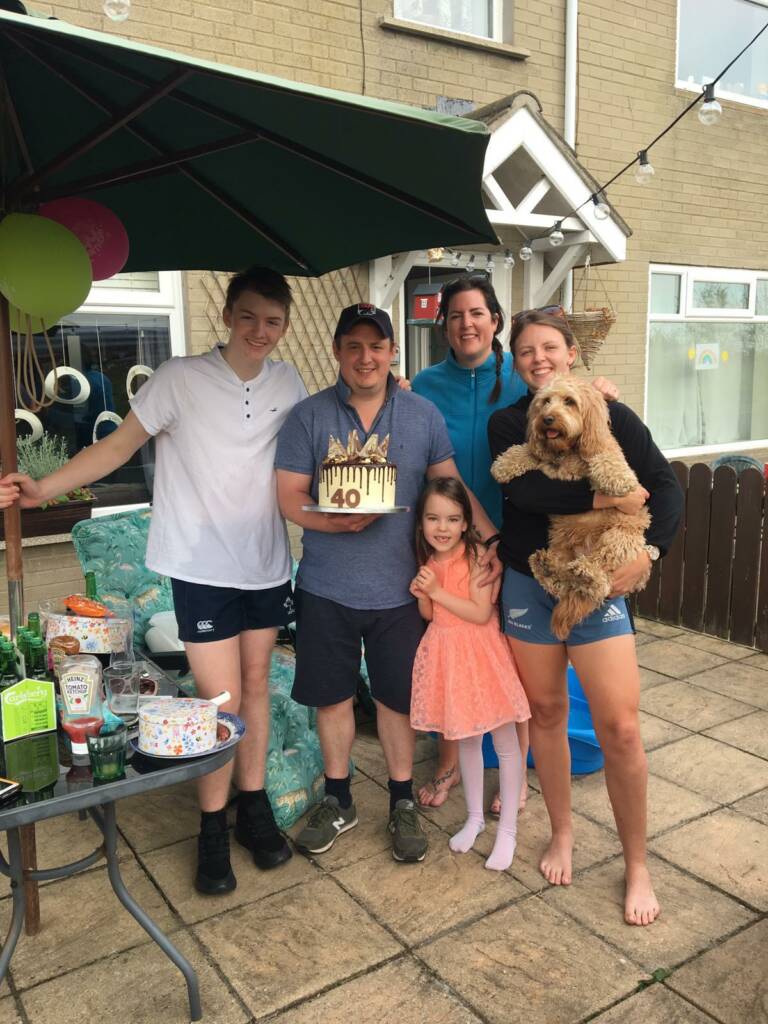 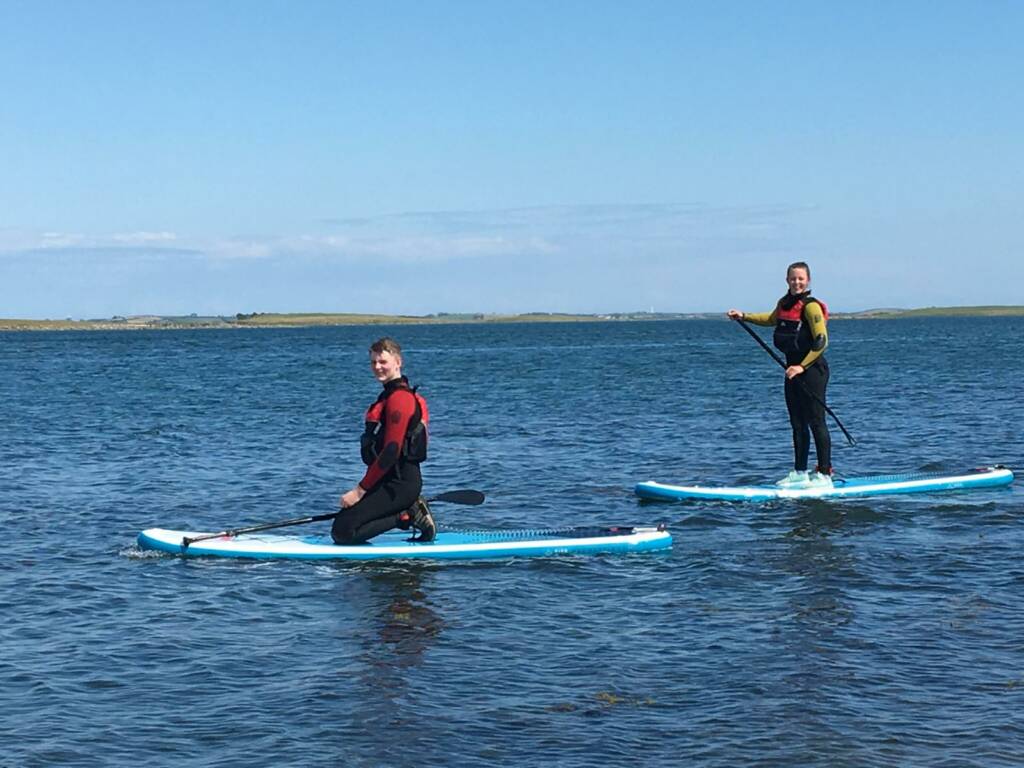 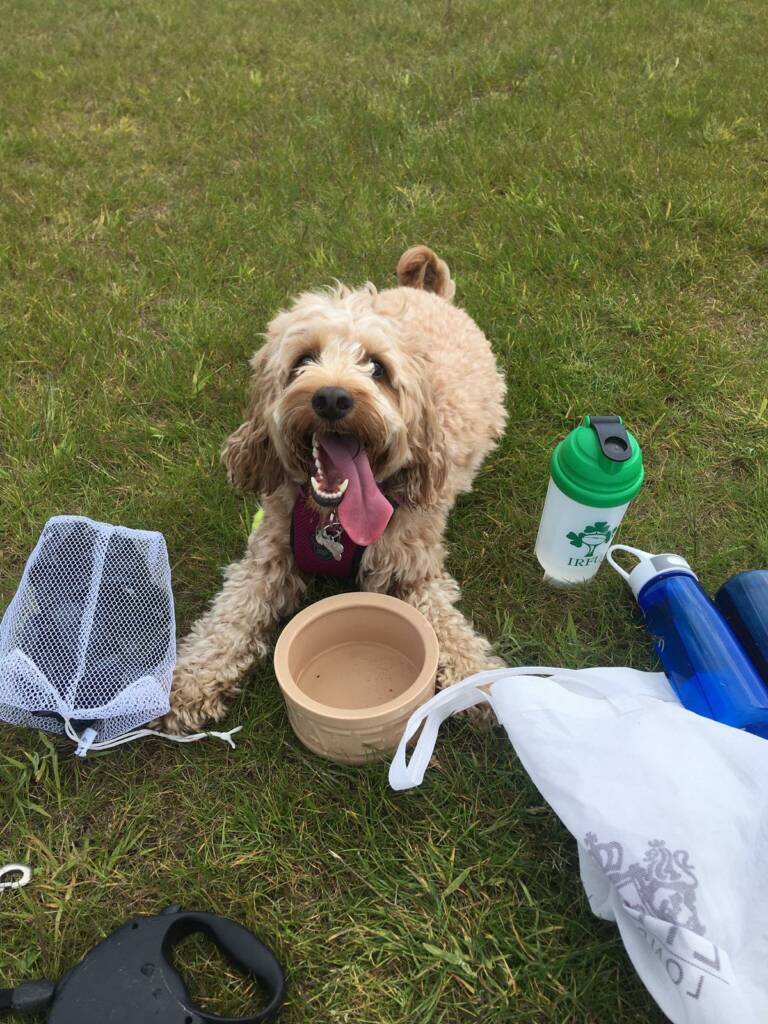 There would be some days when I’m not motivated to do anything – that’s ok because everybody has those days if you want to sit on the couch, relax or read a book in the garden. However, having the extrinsic element of GPS to prove you’ve completed your runs, that would drive me to say to myself I will feel 100 times better once I’ve done my run. If I spend my whole day thinking about it, I’ll feel bad instead of getting it done in the morning and feeling great for the rest of the day. Then I’ll send my GPS file and relax all I want after that. I always feel better after I exercise so even if I don’t feel like it, I’ll remind myself how good I’ll feel afterwards. 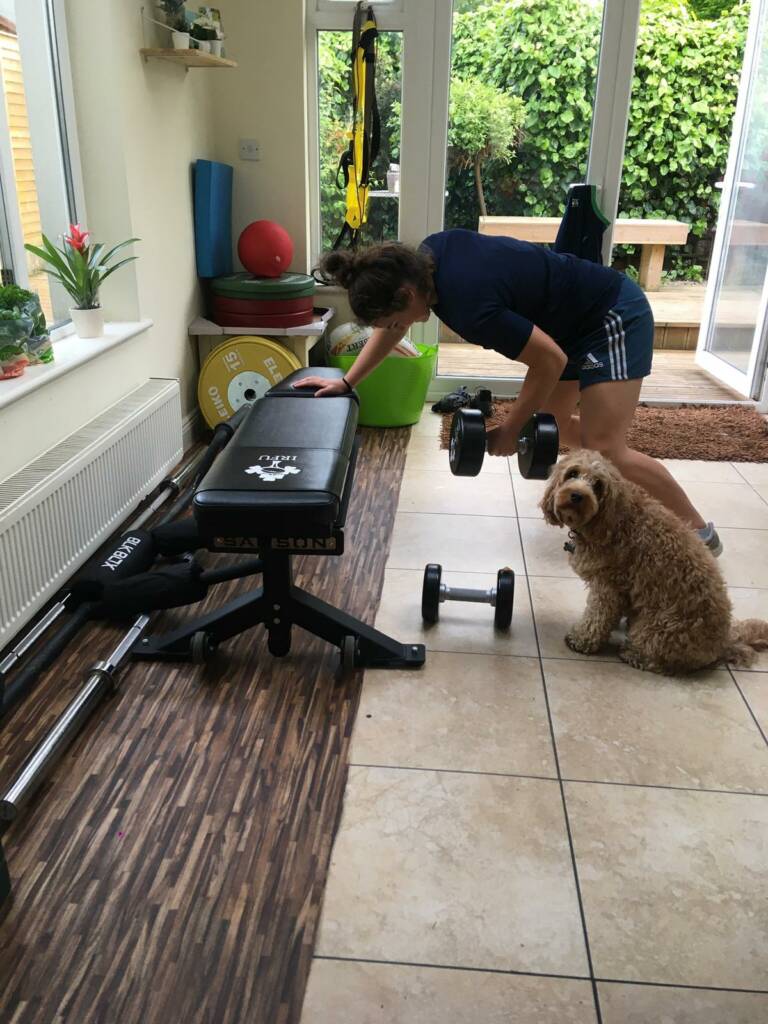 Have you got any healthy eating advice?

I love cooking. I cook for myself and a couple of my housemates. At the moment, I have a busy schedule because I’m still training as well as being in my final year at college, so batch cooking a couple of days in advance really helps. If I cook a big Bolognese on a Sunday, I can have it for lunch on Monday. I just need to heat it up in the microwave instead of making unhealthy food choices or picking something that might make me feel groggy. I’d also suggest picking healthier snacks – I have the cupboards stocked with rice cakes, protein bars and fruit. I have to try and have them in the house so I don’t take the unhealthier option.

During lockdown, I had so much extra time and I thought it was great. I was delighted to have a bit of a break in the middle of the day, or have a day when I didn’t need to do anything. I just took that time to relax as I thought I might not get it again. I turned to gardening and went through the whole house plant phase as well with my house mates! Gardening really helped us relax and fill the hours. I’m not a big reader myself; I didn’t really have time in my teens, so my friends got me illustrated Harry Potter books which keep me engaged. I normally get bored by books, so my friends got those to help me start reading. I read four of those during lockdown, so that was a big relaxation technique I used. I also love to watch Friends over and over, it’s so comforting!

For games, it didn’t matter if I was playing for Ulster, in the AIL or playing for Ireland, I took each game with the same approach not to overcomplicate rugby. My coaches would tell me the same. Allan Temple-Jones (Irish Rugby Head of Athletic Performance) would tell me all the time that rugby is rugby and that I know how to pass, tackle and run. You just need to get the basics right and not overcomplicate it. If you do overcomplicate it, you run the risk of making mistakes and feeling bad about yourself during a game which isn’t a nice place to be. If you simplify it, you can have fun and enjoy it. That’s what I strive for in rugby. I’m there to have fun; I love it.

In my first game for Ireland 15s against Italy in the Six Nations, the first thing we had to do when we came on (Ulster’s Neve Jones also made her international debut) was a scrum in a really good position, which we won so that was great! At the time, I didn’t know what was happening until I got my head out of the scrum from the second row and the ref had his hand out and blew the whistle –  I just knew we were moving forwards! 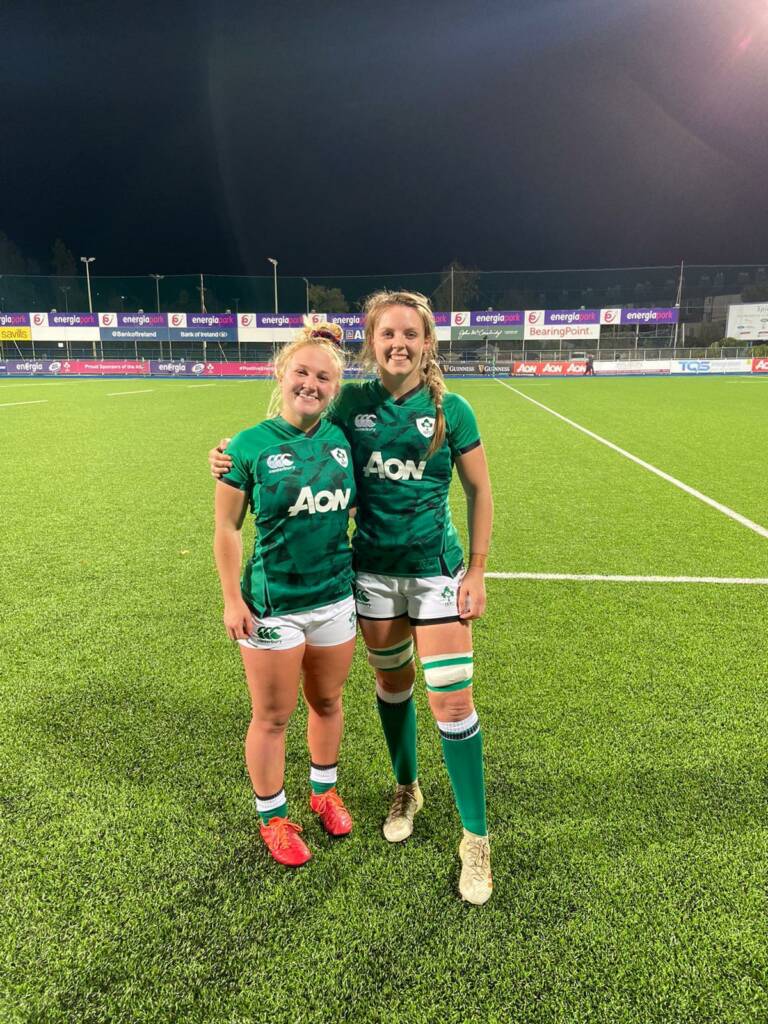 Brittany and Neve Jones after making their Irish debuts vs. Italy

Do you have any go-to music that you listen to before a game?

I love listening to music and I would normally wear headphones when we’re doing individual warm-ups to stop me overthinking about the game or worrying about the opposition. It just makes me really happy. My go-to would be dance music to get me pumped and ready to perform. That probably comes from my mum who loves 90s house music! In the Sevens tournaments, I can’t wear headphones because warm-ups are so short, but the stadiums always have music blaring, which helps get me ready too.