The Lord Lieutenant for County Londonderry, Alison Millar, carried out an investiture to present the British Empire Medal at a socially-distanced event held at the club last month.

Currently the Honorary Life President of the club, Brian has also in his time been President, Chairman, and held numerous volunteer roles. For many years, he has also served as the club’s Membership Secretary – tasked with looking after over 1,000 members.

In his sporting career, Brian played for the club and went on to become a referee – officiating at many high-level games. He is also a representative for club rugby with the Ulster Branch of the IRFU, and was awarded the prestigious Mr Boots award for his service to rugby in the province.

At the investiture, the Lord Lieutenant commented that it was a unique occasion – and the first time that an investiture had been held in a rugby club.

The President of Coleraine Rugby Football, Cricket, and Hockey Club, Andrew Hutchinson, was present to congratulate Brian on behalf of the club. 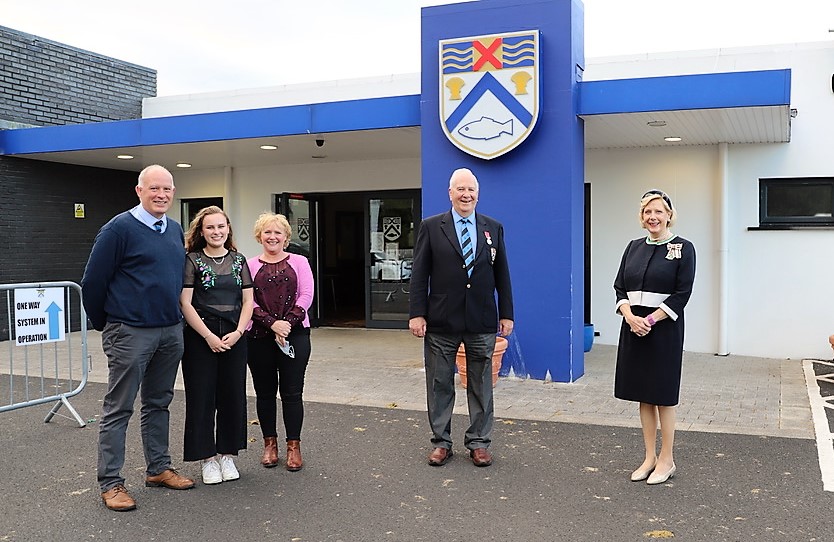