I actually started out in horse-riding. We were a big horse-riding family. One day, Davy McGregor came into our school, Monaghan Collegiate, to get interest for starting up a rugby club in Monaghan. My older sister (Natalie Kinghan) went along, and because she went, I had to go! My good friend, Kelly McCormil went along too. We started playing for Monaghan Rugby Club and Davy McGregor was an amazing coach. He threw us in at the deep end but we won a lot and enjoyed a lot! When you win games and have a good coach while enjoying it, it’s easy! After that, I was scouted for Ulster Rugby’s 15s team in my first year. I was on the bench but I loved it. I played with the 15-a-side team for four years before being scouted for the Ulster Sevens. I toured the country playing Sevens in the summers for four years, which I really enjoyed too. Ireland then scouted me for their Sevens programme, and I’m training with them now. 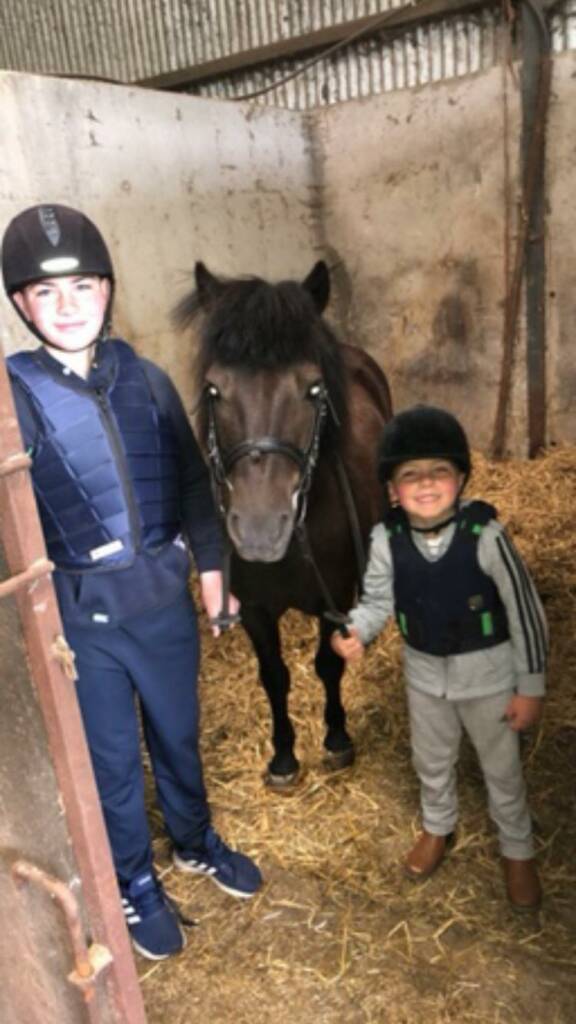 Davy McGregor was a massive part of my rugby career. If my sister didn’t play rugby, I would never have played. I just liked to beat her, so if it wasn’t for her, I wouldn’t be where I am now. I went to the Sophie Spence camp when I started; that really sparked my interest and I started to watch the girls playing in the Sevens World Series, like Lucy Mulhall and the rest of the girls. Now I train with them, they kept me interested. I was so inspired by them and they were huge influences on me as well.

Thankfully, not really! Injury-wise, I’ve been fine other than a sprained ankle, broken nose and a few concussions. I was out with a quad and back injury recently, but none of my injuries have really been barriers. Fingers crossed it stays that way!

Lockdown feels like ages ago! I came home from college after being asked to move out of DCU accommodation because of COVID, so I was at home from March until August. That was quite testing on the family being back together again for the first time together in four years! We developed a routine, getting up and doing college work. We had Waffle Sundays and went for walks at the weekend. During the week, I was still motivated to exercise because we had set runs to do with the Ireland Sevens. I had to send my GPS runs and I was doing my own gym work. We were sent equipment home, so I was privileged to have weights and was able to exercise. If I didn’t have that, I’d be at a loss and not know what to do with my time. I spent a lot of time working out, doing a bit of studying and doing a lot of baking! 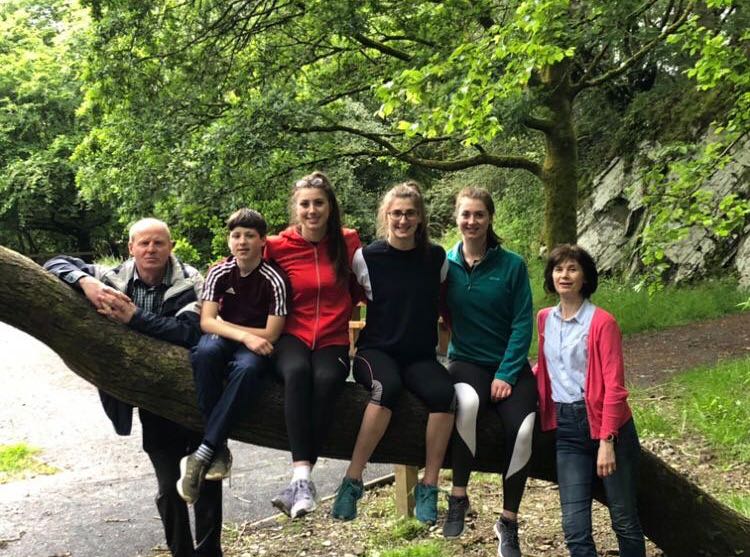 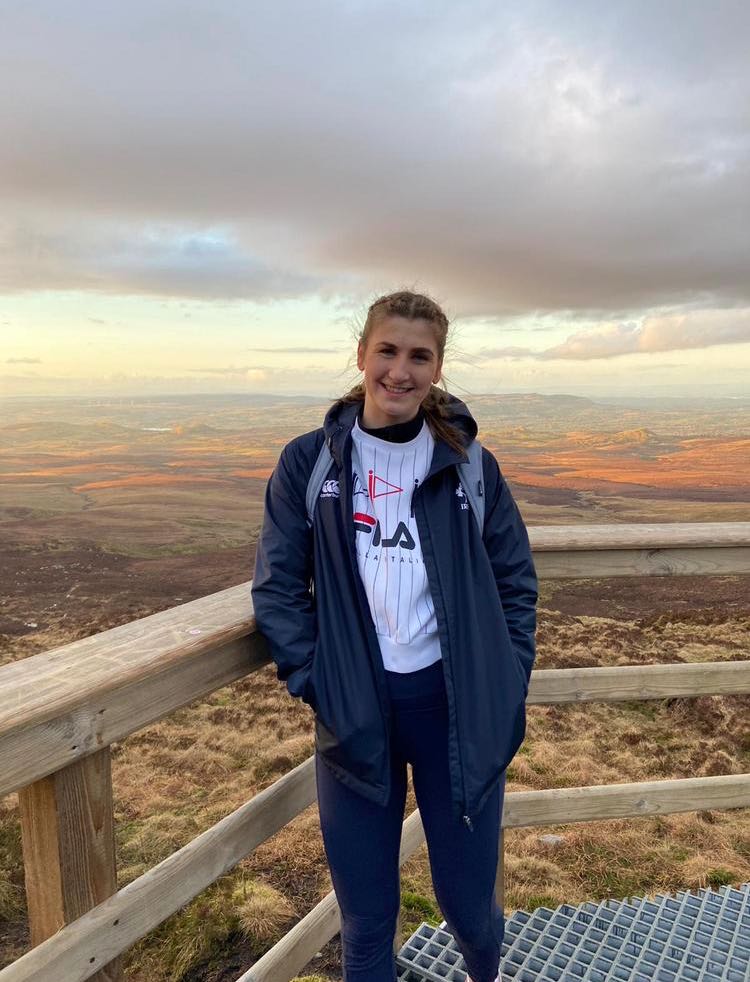 Can you tell us about your training with the Ireland Sevens programme and how it differs from club rugby?

I was not ready for the Sevens at all! It’s a completely different set-up. It’s four days a week and you move into college as well. I remember being so overwhelmed. All the girls are lovely and management try to make everything as easy as possible, but with moving away from home and training four days a week, lifting weights which my body wasn’t used to, I used to just eat and sleep. That was my life for a good four months because I was exhausted. Obviously, the facilities are incredible; everything is at your disposal and you’re looked after 24/7. If you have any niggle at all, you’re looked at with no questions asked. It’s a lot more intense than club rugby.

I didn’t have an over-18s club; the only one I was with was Monaghan U18s and unfortunately that stopped when I was 17 because we lost playing numbers. It’s where I started out and it was always competitive. Kelly McCormil and I were always competing against each other, and my sister as well. Davy McGregor knew how to push us in all weathers. To train at the IRFU High Performance Centre indoors, in a massive gym and have everything you need, plus top-class coaches, it’s fantastic. 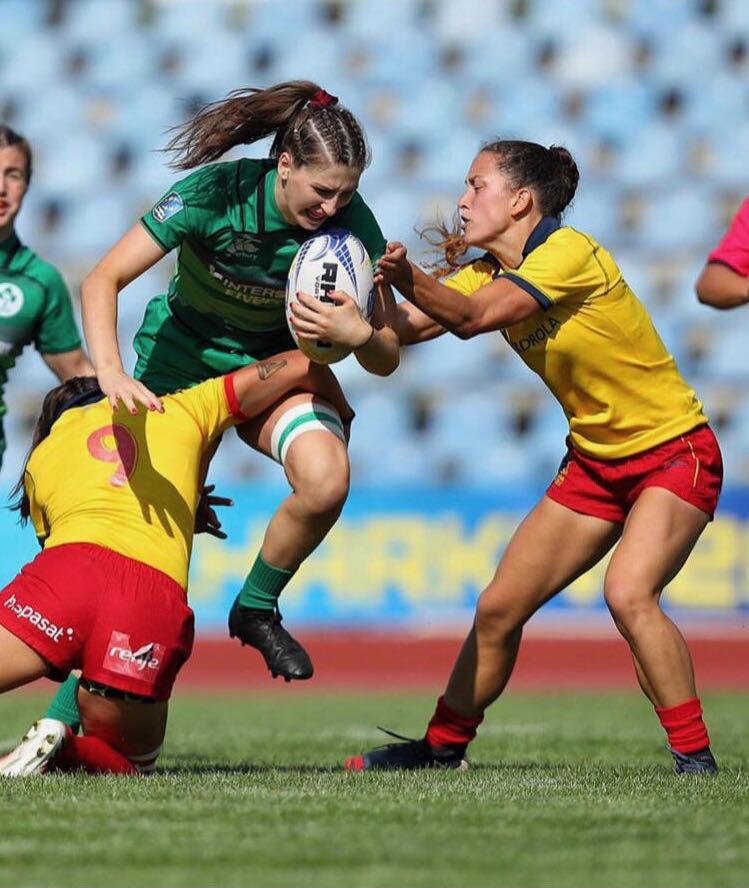 You’re obviously very focused on your fitness – do you have any healthy eating advice?

Healthy eating isn’t my strong point in life! I love to bake; my mum had to put me on a baking ban because I couldn’t stop! It was a great stress-reliever and I baked everything I could think of. I had to cut back to baking once a week!

The 80/20 has been said a lot but it’s a good rule. As long as you’re eating well 80% of the time, the odd treat won’t hurt you much. I do believe in enjoying life; there’s no point having a strict regime and not being able to enjoy yourself. Everything in moderation! 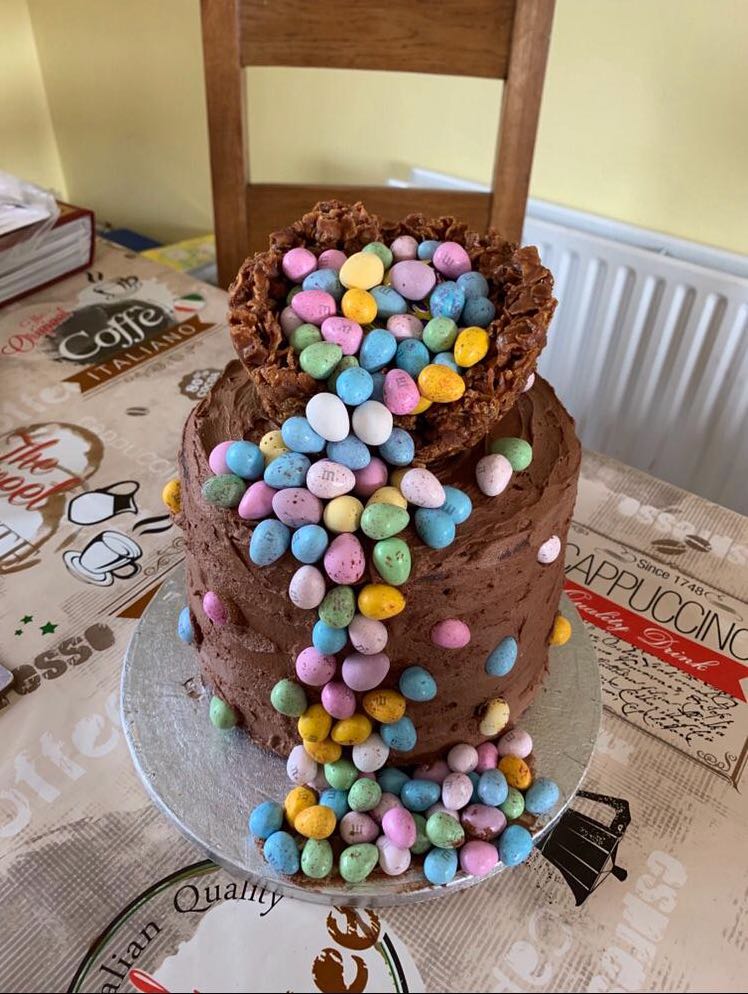 Sometimes I can be so lazy like watching TV, or sometimes I find walking up a mountain the most relaxing thing ever! I do like to keep moving and not lay about too long. I love to meet with my friends for a walk and a bit of craic. Fitness is a hard one because I do it so much, I’m not sure if I can relax with it. Sometimes if I’m stressed, I’d go for a longer run or walk. I’m such a family-orientated person and love to see them. I love watching Friends – I think I’ve watched it through three times. There’s something so relatable about it and it’s so relaxing for watching in the background.

That’s a hard one! My dad always says, “what’s for you won’t pass you”. He’s always encouraged me to try my best gives me little pep talks in the car before training, but you have to believe in yourself. If you don’t believe in yourself, others won’t, so you have to fake it until you make it. If you think you’re the best, you might be the best some day!

You have already achieved so much at such a young age; what are your rugby aspirations?