Guest writer, Rod Nawn, pens his thoughts on what might have been…

This Saturday, 23 May, the Heineken Champions Cup Final was scheduled for the Stade Velodrome in the inevitable late Spring sunshine of Marseilles.

It would have been the climax of another dramatic, and for some traumatic, competition to crown the continent’s best club side.

For reasons that need no repetition here, that game – and the previous evening’s planned Challenge Cup decider at the same venue – wasn’t played, and we must all wait for news of how that tournament can be concluded.

What we’ve missed so far in this abruptly suspended season are the weekly ‘fixes’ in the Guinness PRO14, and also the stalling of the Six Nations to go alongside the Champions Cup limbo.

We’ve used technology, with various degrees of success, to attempt to recreate landmark moments on our ‘normal’ calendar.

Thus we had inflicted upon us a ‘virtual’ Eurovision Song Contest which we felt we’d avoid in 2020! There’s been tennis, with a fully-fit Murray taking on Nadal, Federer and Djokovic, and Formula One realisations.

The latest move ‘forward’ has been the return of actual top-flight football in some countries, notably in Germany where a fan-less Bundesliga offered a subdued experience for the viewers at home.

But it is in the imagined world, the ‘virtual’ world, that we have been most commonly placed, and whether it’s the Chelsea Flower Show (how weird is that?) or supposed sporting collisions which we somehow find compelling.

So, why not transport ourselves to the sunlit, virus-free landscape as Ulster powers into the final furlong of its campaigns. Virtually, of course!

So, where were we?

As February closed Dan McFarland harnessed his resources fully as the team capitalised on Glasgow’s heavy defeat to the juggernaut that is Conference A leaders Leinster. Ulster’s potentially tricky trip to Benetton was completed without any real incident, scoring two converted tries and the impressive Michael Lowry weighing in with a drop goal and three penalties in a 26-3 win.

No bonus point in Italy yet again, but a solid performance as the squad entered a three-week break as the Six Nations was completed, Ireland rousing itself to successive away wins in Rome and, spectacularly in Paris, though England limped to the title with a late bonus-point win against Italy.

Rob Herring, John Cooney, Jacob Stockdale and Iain Henderson would return unscathed for Ulster duty, but they were not called upon when on the penultimate weekend in March the Kingspan Stadium crowd watched Ulster win, but narrowly, against a Dragons outfit with a well-earned reputation for being party-poopers in Belfast!

A week later in Glasgow Luke Marshall’s late try edged a thriller in the late March wind and rain, a 14-12 win consolidating second spot in the division, and the game the perfect warm-up for the following weekend trip to Toulouse in the Champions Cup quarter-final.

Against the expectations of the most fervent supporter Ulster mined deep into the historic clashes between the sides, John Cooney’s flawless place-kicking, added to tries from Stockdale and Marcell Coetzee, producing another exciting chapter in the visitors’ European diary! 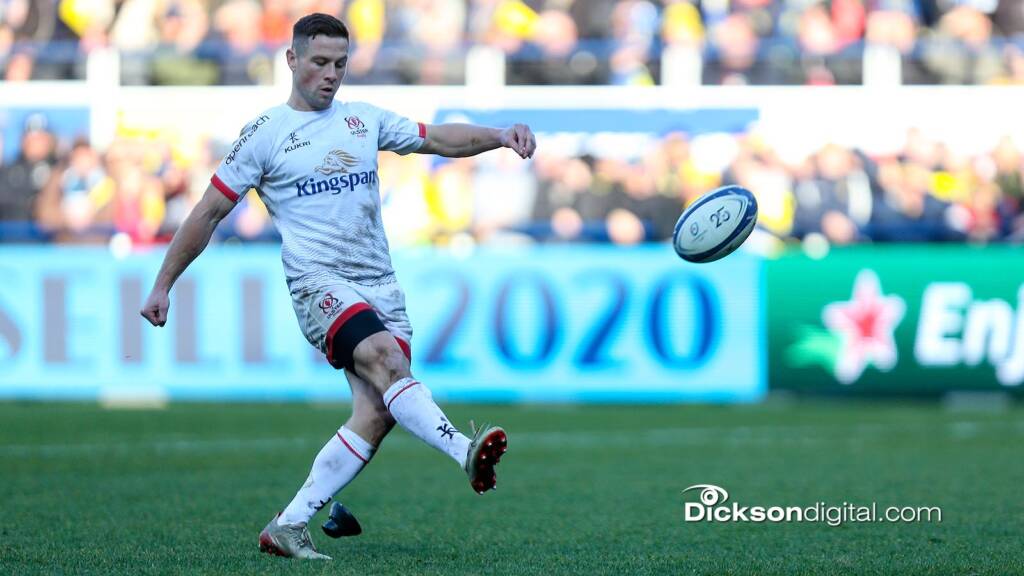 The opponents in Dublin in a month would be Northampton, another team upsetting the formbook with a ten-point win at Exeter’s ‘Fortress Sandy Park’.

Now McFarland’s shrewd analysis of what was becoming an extraordinary year came to the fore. No respite after Toulouse, a week later the improving Dragons played host, on a chilly Easter Saturday evening, and the Head Coach opted to feature some of his more inexperienced players in key roles. Lowry, James Hume and Jonny Stewart started on an unusually firm pitch.

The Ulster pack was dominant in set-piece and in the loose, Matty Rea again catching the eye in a comfortable 22-6 victory in Wales. Winning has become a habit to which players, coaches and supporters could easily, happily become addicted.

The pace didn’t relent and on 18 April the Kingspan crowd was in its most ebullient mood as the sun started to go down as Conference B leaders Edinburgh, with Richard Cockerill in steely charge, took the field.

For Ulster it was a game which might have absolutely guaranteed a PRO14 play-off spot, but in a contest which did not live up to the pre-match hype. The Scots took advantage of a much-changed home side for a 12-6 victory. Disappointing, but so much already achieved and so much more to anticipate.

On the last Saturday of April the journey to the Galway Sportsground might not have appeared the ideal opportunity to re-set form and ambitions but, with a few ‘tweaks’ to the team which lost to Edinburgh, a refreshingly young Ulster took another Inter-Pro ‘scalp’ with a four-try 32-14 win as Connacht was swept aside. 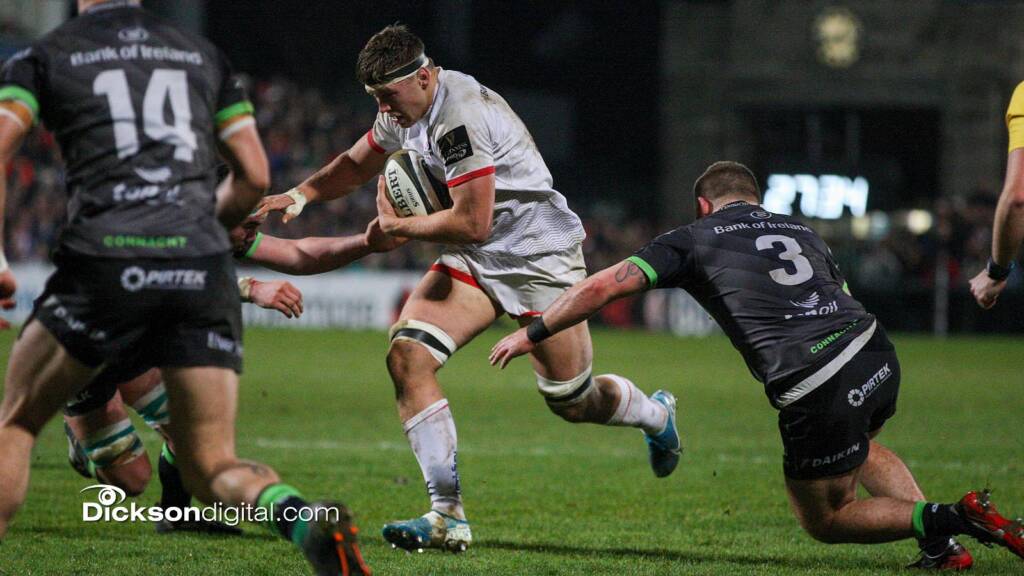 McFarland, never predictable but always assured, turned his focus to Dublin and the Champions Cup semi-final with Northampton, a club which was also on the ‘up’ in the Premiership.

The exodus from the north was almost biblical on that first weekend in May, and how it was rewarded! Billy Burns set up tries for Baloucoune and for Stuart McCloskey, Cooney was irresistible from the tee and the Saints were muted up front and left for home beaten 23-7.

The dream of replicating the heroics of that fabled 1999 side was alive and very much kicking. The final in Marseilles was just three weeks away, and it would be Leinster – again – in the other dressing room. But any inferiority complex in the Ulster camp had long since disappeared, it would be a game which could be won. 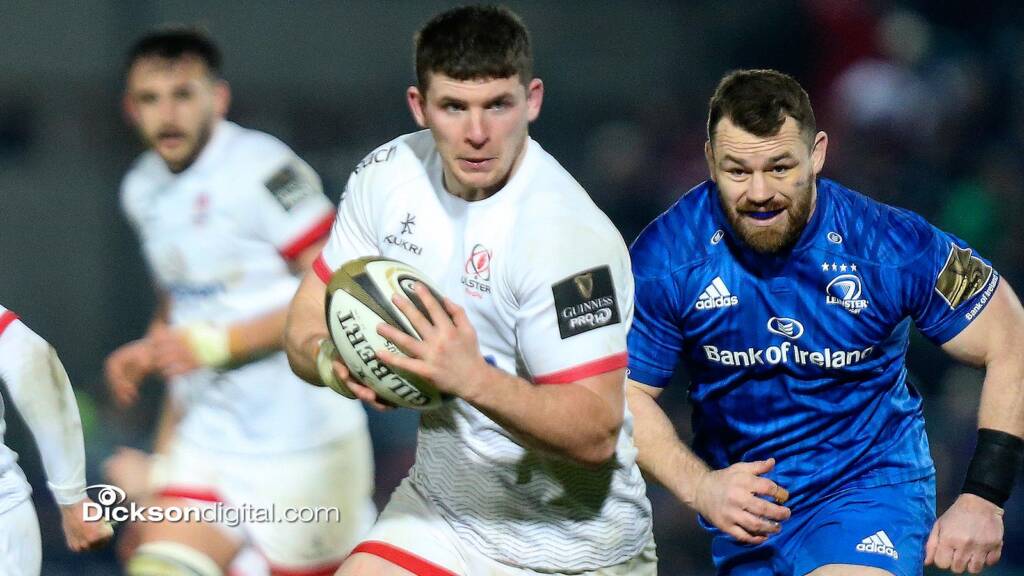 The rush for match tickets, flights and even convoluted ferry places was truly on! The ‘true believers’ had, since the win in Toulouse, planned a long weekend in the cosmopolitan French port – lift the Heineken Cup and the stay could be prolonged!

For the players, the series of results since Christmas in domestic and European competition had been galvanising, no ‘end-of-season feel’ too early this year! Everyone in the squad believed they had a part to play.

The future wasn’t being ignored in all the cheery ferment: Ireland out-half Ian Madigan would be arriving in the summer, so too former All Black No.9 Alby Mathewson. Intriguing, vastly experienced signings, competition in key positions would be fierce.

But tying up that PRO14 semi-final spot was now the first priority, and less than a week since that European ‘semi’ win the arrival of Glasgow to Kingspan Stadium would be another stern test of Ulster’s depth in quality. Injuries had not overly blighted the season, fortunes seemed to be smiling.

The side which lined up against Northampton was expected to face the Warriors, but again McFarland and his coaching team decided to make several changes, and gave two Academy youngsters their first starts against a Warriors team hoping to chase down their hosts, but more probably anxious to stave off the unexpected Cheetahs challenge for that third play-off spot in Conference A.

It was a party atmosphere in the stands and on the terraces, and a free-wheeling contest produced eight tries, both sides gaining a try bonus point, though it was Ulster which avenged the defeat in Scotland in March by 37-27. The party continued! 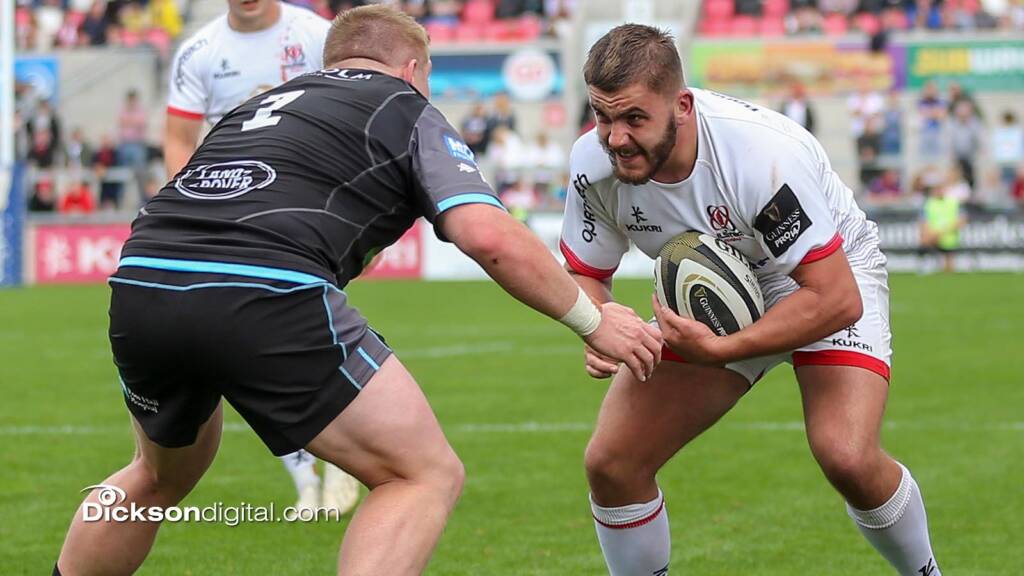 So, last Saturday’s win against a spirited Zebre, in another try-laden game, confirmed Ulster’s place in the PRO14 semi-finals. In a fortnight Leinster would come to Belfast to complete the ‘regular’ season – what a night that could be!

This Saturday the Stade de Marseilles, with its promise of a firm surface and late Spring warmth, awaits. The mood in Irish rugby is profoundly upbeat as Leinster will be hoping to add to its coveted Champions Cup CV, but Ulster is now a gifted, flexible, tactically adroit outfit, genuinely potential winners this weekend.

Some 20,00-plus Ulster fans have started the trek to Marseilles, the players have completed their physical preparation, McFarland, Dwayne Peel, Jared Payne, Roddy Grant, Dan Soper and Niall Malone have gently suppressed the temptation to overthink or imagine what lies ahead.

Ulster is nowadays a strong, decisive and united club on and off the pitch, we can all enjoy the prospect of triumph in Marseilles. 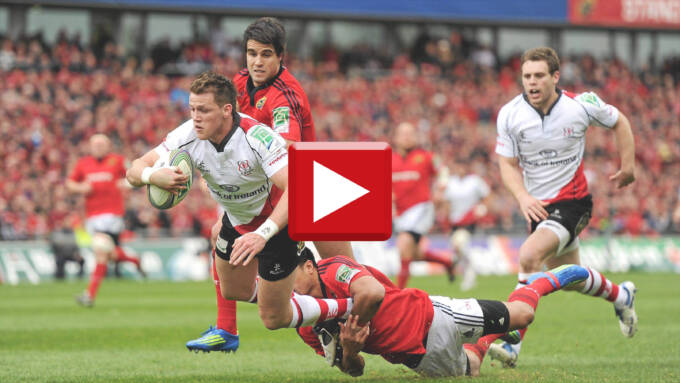