The final took on the format of X7s rugby, a faster-paced game played seven-a-side over four periods of seven minutes each on a half-size pitch.

Enniskillen Royal were first to put points on the board through Lucy Thompson, shortly followed by Catherine Graham and Jodie Browne. Erne quickly responded through their Co-Captain Moya Hill and Cora Balfour powering over to score.

In the second period, Erne got two further scores from Moya Hill, and a try for her Co-Captain, Sophie Barrett, while Sarah Mullan got her name on the board and Lucy Thompson dotted down for her third.

Enniskillen extended their lead in the third quarter, with another Lucy Thompson score, one from Sarah Mullan and two from the captain, India Daley. Cora Balfour and Sophie went over for their second respective scores for Erne.

Erne fought back admirably in the final quarter of the game, with two further Sophie Barrett tries, and one score from Sarah Balfour, but Catherine Graham touched down twice to add to Enniskillen’s tally, securing their second consecutive Girls’ Senior Cups. 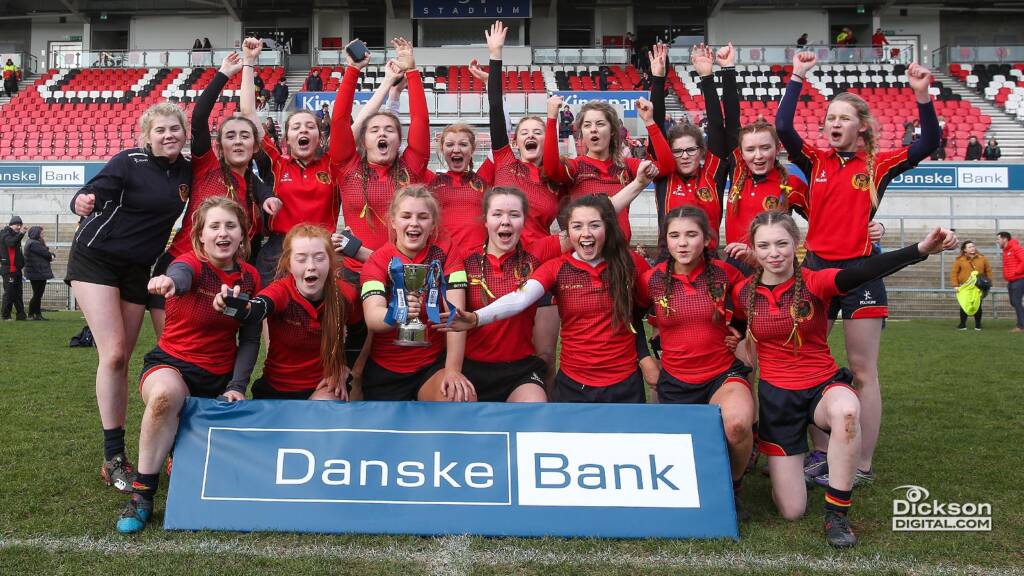